In this article i want to give the information about “Blockchain”, as it is emerging with different ideas. Even though it is hard to accept now, it will become unavoidable in the future. In the same way only we have accepted lot of  technology updates in our life.

Blockchain in common terms or the basic idea of blockchain is adding data as blocks. 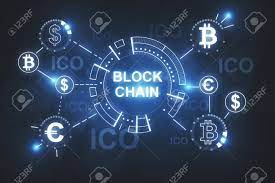 A blockchain is a growing list of records, called blocks, that are linked together using cryptography. Cryptography is used to encrypt the data for security purpose. Each block contains a cryptographic hash of the previous block, a timestamp, and transaction data. The timestamp proves that the transaction data existed when the block was published in order to get into its hash. As each block contain information about the block previous to it, they form a chain, with each additional block reinforcing the ones before it. These blockchains cannot be modified if once recorded, the data in any given block cannot be altered retroactively without altering all subsequent blocks. Hence it is very difficult or not possible to alter the data.

The blockchain was popularized by a person (or group of people) using the name Satoshi Nakamoto in 2008 to serve as the public transaction ledger of the cryptocurrency bitcoin, based on work by Stuart Haber, W. Scott Stornetta, and Dave Bayer. The identity of Satoshi Nakamoto remains unknown to date. The implementation of the blockchain within bitcoin made it the first digital currency to solve the double-spending problem without the need of a trusted authority or central server.

A blockchain is a distributed database that is shared among the nodes of a computer network. As a database, a blockchain stores information electronically in digital format. Blockchains are best known for their crucial role in cryptocurrency systems, such as Bitcoin, for maintaining a secure and decentralized record of transactions. The innovation with a blockchain is that it guarantees the fidelity and security of a record of data and generates trust without the need for a trusted third party.

The key difference between a typical database and a blockchain is the way the data is structured. A blockchain collects information together in groups, known as “blocks” that hold sets of information. Blocks have certain storage capacities and Store the information such as when it is created, filled, closed and linked to the previously filled block. Then it forms a chain of data known as the “blockchain.” All new information that follows that freshly added block is compiled into a newly formed block that will then also be added to the chain once filled.

A database usually structures its data into tables whereas a blockchain, structures its data into chunks (blocks) this data structure inherently makes an irreversible timeline of data when implemented in a decentralized nature. When a block is filled it is set in stone and becomes a part of this timeline. Each block in the chain is given an exact timestamp when it is added to the chain. 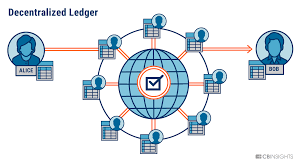 Blockchains are typically managed by a peer-to-peer network for use as a publicly distributed ledger, where nodes collectively adhere to a protocol to communicate and validate new blocks. Although blockchain records are not unalterable as forks are possible, blockchains may be considered secure by design and exemplify a distributed computing system with high Byzantine fault tolerance.

A blockchain is a decentralized, distributed, and oftentimes public, digital  ledger consisting of records called blocks that is used to record transactions across many computers so that any involved block cannot be altered retroactively, without the alteration of all subsequent blocks. This allows the participants to verify and audit transactions independently and relatively inexpensively.

A blockchain database is managed autonomously using a peer-to-peer network and a distributed timestamping server. They are authenticated by mass collaboration powered by collective self-interests  of the people.

A blockchain can maintain title rights because, when properly set up to detail the exchange agreement, it provides a record that compels offer and acceptance.

First proposed as a research project in 1991, the blockchain concept predated its first widespread application in use, Bitcoin in 2009. In the years since, the use of blockchains has exploded via the creation of various cryptocurrencies, decentralized finance (DeFi) applications, non-fungible tokens (NFTs), and smart contracts.

The Blockchain Technology is improving day by day more efficiently to support maximum number of fields. Blockchain technology will make ease of the Digital currency patterns and using methods easily with proper security.

In April 2016, Standards Australia submitted a proposal to

the “International Organization for Standardization” to consider developing standards to support blockchain technology. This proposal resulted in the creation of ISO Technical Committee 307, Blockchain and Distributed Ledger Technologies. The technical committee has working groups relating to blockchain terminology, reference architecture, security and privacy, identity, smart contracts, governance and interoperability for blockchain and DLT, as well as standards specific to industry sectors and generic government requirements. More than 50 countries are participating in the standardization process together with external liaisons such as the

the International Federation of Surveyors,

the International Telecommunication Union (ITU) and

These include the National Institute of Standards and Technology  (NIST),

the Institute of Electrical and Electronics Engineers (IEEE),

the Organization for the Advancement of Structured Information Standards (OASIS), and the Internet Engineering Task Force (IETF).

Uses of Blockchain in various fields

Blockchains are highly used in Financial services and Games. But it can also be used effectively in other fields like healthcare, insurance, records of property, voting, military operations and etc.

More awareness is needed for this emerging technology for proper implementation in the society.